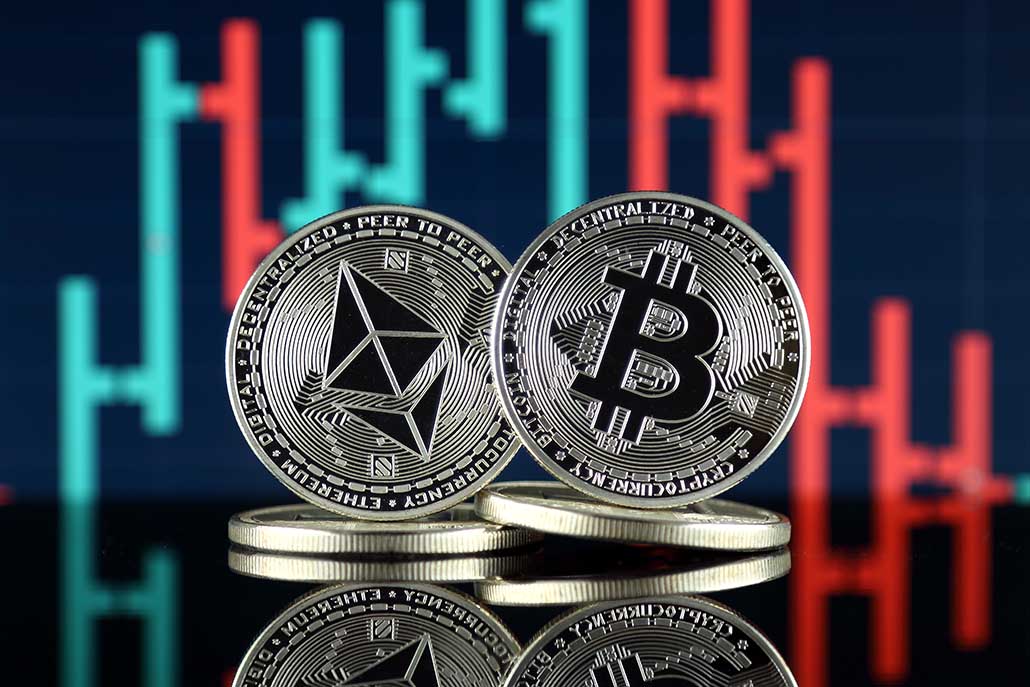 Ethereum will continue to outperform Bitcoin in 2021 and will, ultimately, exceed its rival’s value, predicts the CEO of one of the world’s largest independent financial advisory, asset manager and fintech organisations...

The prediction from Nigel Green, chief executive and founder of deVere Group which launched the pioneering app deVere Crypto in 2018, comes after a mixed few days for Bitcoin, currently the world’s largest cryptocurrency by market capitalisation.

Mr Green comments: “Ethereum (ETH) is outperforming Bitcoin (BTC) and it can be expected to continue this trend for the rest of 2021. “Ether is up around 240% this year, while Bitcoin is up less than 38%. In fact, it has outperformed all other benchmark assets in the first half of this year. ”The deVere boss attributes two key factors that are driving Ethereum’s outperformance run.

“First, Ether has a higher level of real-use potential as Ethereum, the platform on which it is the native cryptocurrency, is the most in-demand development platform for smart contracts, thereby highlighting that network’s value not only as a platform for developers but as a worldwide financial utility” he says.

“Second, investor enthusiasm for the game-changing transition to ETH 2.0, which makes the Ethereum network considerably more scalable, sustainable and secure. These upgrades represent a major boost not just for Ethereum but for blockchain technology itself. ”He continues: “Ethereum is more useful than Bitcoin and has tech advantages over its better-known rival.

“Ultimately, this will mean that its value will exceed that of Bitcoin – probably within five years.“That said, I remain confident that Bitcoin will hit, or even surpass, its mid-April all-time high of $65,000 by the end of 2021.

”The deVere boss is one of the highest-profile, longest-standing crypto bulls. Last month he was quoted in the media as saying “crypto is the inevitable future.” The bold predictions followed a live virtual event at which Tesla and Space X founder Elon Musk, Twitter founder Jack Dorsey, and Ark Investment’s Cathie Wood all advocated for the digital assets and talked about their massive future potential. Nigel Green concludes: “There will be peaks and troughs along the way of course, but Ethereum’s ascent to the top of the cryptoverse seems unstoppable.”