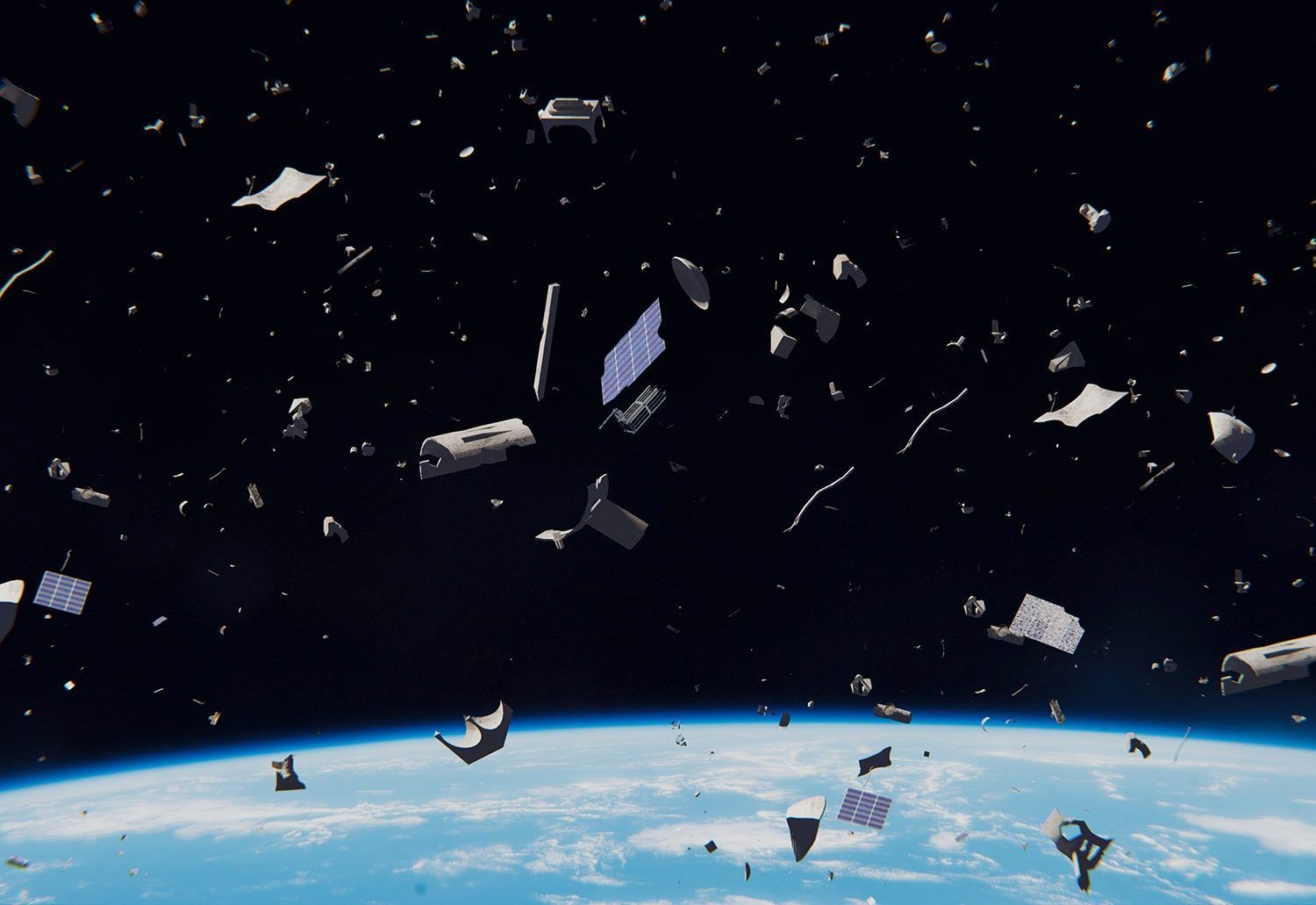 Less than a year on from the UK Space Agency committing £1 million in funding to combat space debris, Fujitsu UK has successfully combined quantum-inspired computing and Artificial Intelligence to support the transformation of space debris removal....

Fujitsu’s prototype –created in collaboration with Amazon Web Services, Astroscale UK, and the University of Glasgow – will improve mission planning so that a single spacecraft can efficiently select which pieces of space debris to remove in one mission, and at a much faster rate than is currently possible. The removal of space debris is key to sustainability in space, reducing, or even preventing, the risk of obsolete spacecraft colliding with new and existing satellites.

What’s more, supporting debris removal missions with Fujitsu’s technology will help to reduce the risk of catastrophic collisions in orbit which could create thousands of other pieces of new debris, all of which pose a very real threat to working satellites in orbit.

By carefully deciding which debris is collected and when, Fujitsu’s quantum-inspired offering, powered by Digital Annealer, optimises the mission plan to determine the minimum-fuel and minimum-time required to bring inoperable spacecrafts or satellites safely back to the disposal orbit. Finding the optimal route to collect the space debris will save significant time and cost during the mission planning phase, and also as a consequence will improve commercial viability.

With 2,350 non-working satellites currently in orbit, and more than 28,000 pieces of debris being tracked by Space Surveillance networks, Fujitsu’s technology will help the UK to grow its market share in the space sector. It will also further support the UK Government’s commitment to a more sustainable future overall.

“All Space Debris poses a potential collision risk to the operational systems many of us take for granted – from weather forecasting to telecommunications. With the UK Space Agency’s backing, along with Astroscale UK, AWS and the University of Glasgow, we’ve designed a solution to optimise the mission planning of a servicing craft before it is sent into space – meaning organisations like Astroscale UK can pick up more debris, more quickly than ever before.

“It not only makes the process much more cost effective for those organisations needing to transfer and dispose of debris, but utilises AI and quantum inspired computing too. What we’ve learned over the course of the last six months, is that this technology has huge implications for optimisation in space; not only when it comes to cleaning up debris, but also in-orbit servicing and more. Now we better understand its potential, we can’t wait to see the technology applied during a future mission.”

“Monitoring hazardous space objects is vital for the protection of services we all rely on – from communications devices to satellite navigation. This project is one of the first examples of Quantum-inspired computing working with artificial intelligence to solve the problems space debris causes, but it’s unlikely to be the last.  The UK is committed to ensuring the sustainability of space, and Fujitsu, working with Astroscale UK, The University of Glasgow and AWS, have demonstrated the real-world significance of keeping space uncluttered, assuring its accessibility for future generations.”

“Finding the optimal mission plan manually is time consuming and complex. Astroscale UK is leading a pioneering next step for the End-of-Life Services by Astroscale (ELSA) Programme to remove not just one piece of debris, but multiple debris objects with a single servicer satellite, known as ELSA-M, which presents a substantially more economical way of removing debris from orbit. By coming together with Fujitsu, AWS and University of Glasgow, we hope to optimise this task even further for future missions.”

“The University of Glasgow has been involved in this project from the very outset – developing the trajectory models needed to effectively remove space debris, as well as estimating the cost of the transfers. The University has a long history of expertise in space trajectory design and optimisation so we were keen to be at the forefront of any government-led initiatives to enhance the UK’s reputation in the space sector. With the help of Fujitsu, AWS and Astroscale UK, we’ve helped to overcome challenges in space debris removal to make future projects much more straight-forward.”

The research has been carried out as part of the UK Space Agency grant “Advancing Research into Space Surveillance and Tracking” The project, which was developed over six months in accordance Government Digital Services guidelines, leverages both Artificial Neural Network (ANN)-based rapid trajectory design algorithms, developed by the University of Glasgow, alongside Fujitsu’s Digital Annealer and Quantum Inspired Optimisation Services to solve some of the main optimisation problems associated with ADR (Active Debris Removal) mission planning design.

Amazon Web Services, provided the Cloud and AI and ML tools and services to support the project. The Amazon Sagemaker toolset was used to rapidly develop the ANNs that accurately predict the costs of orbital transfers in a fraction of the time it would take to calculate them in full.  Astroscale UK, the world’s first commercial company to start a demonstration mission to remove debris from the lower Earth orbit, is providing the end-use case as a representative user of multi-target mission optimisation.

Fujitsu, who spearheaded the project, is one of just seven UK companies to be awarded a share of over £1 million from the UK Space Agency to help track debris in space. The UK Space Agency and Ministry of Defence have announced the next step in their joint initiative to enhance the UK’s awareness of events in space.

To find out more about the BETA stage of this project, a video overview of the ground-breaking technology can be viewed here.