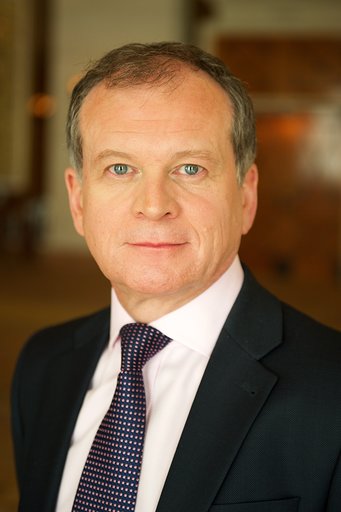 The malicious use of next-generation technology spells worrying times for businesses. Steve Durbin, Managing Director of the Information Security Forum, talks us through the threats and how to keep pace with them    Bleak as it might sound, a digital cold war is likely to unfold...

The malicious use of next-generation technology spells worrying times for businesses. Steve Durbin, Managing Director of the Information Security Forum, talks us through the threats and how to keep pace with them

Bleak as it might sound, a digital cold war is likely to unfold over the next two years causing significant damage to business. The threat will take many forms, including the race to develop strategically important, next-generation technologies to provoke a period of intense nation state-backed espionage. Intellectual property (IP) will be targeted as the battle for economic and military dominance rages on, while cloud services will become a prime target for sabotage by those seeking to cause disruption to society and business. Drones will become both the weapon and target of choice as attackers turn their attention skywards. The threats on the horizon are numerous, so let us examine them closer and what they might mean for your organisation.

Business models will unravel as data is compromised by nation state-backed attackers aiming to steal secrets and disrupt development. Strategic plans, IP and other trade secrets regarding the next generation of technologies will become a prime target for nation states aiming to get ahead in the race for economic and military superiority. Whilst the concept of espionage is not new, the digital realm has widened the attack surface. Cyber spies will optimise existing tools and develop new ones to launch espionage attacks on a grand scale. Targeted organisations should expect to face sustained and well-funded attacks, involving a range of techniques such as drone surveillance, zero-day exploits, Distributed Denial of Service (DDoS) attacks and advanced, persistent threats. This will be amplified by concerted attempts to infiltrate organisations and coerce existing employees.

Organisations that use or develop next generation technologies will need to take proactive steps to secure IP or take legal steps to mitigate the impact of espionage.

The cloud is another area ripe for malicious exploitation. Indeed, much of what follows is already going on and it’s something your business should be acutely aware of. Attackers aiming to disrupt Critical National Infrastructure (CNI) or cripple supply chains will systematically sabotage cloud service providers. Organisations dependent on cloud services will find their operations and supply chains undermined when key cloud services go down for extended periods of time.

Nation states that engage in a digital cold war will aim to disrupt economies and take down CNI by sabotaging cloud infrastructure through traditional physical attacks or by exploiting vulnerabilities across homogeneous technologies. Attacks on cloud providers will become more regular, resulting in significant damage to businesses that share those platforms. Organisations with a just-in-time supply chain model will be particularly vulnerable to service outages and will struggle to know when services will be restored, as cloud providers scramble to prioritise customer recovery.

Further consolidation of the cloud services market will create a small number of distinct targets that underpin a significant number of business models, government services and critical infrastructure. A single act of sabotage will freeze operations across the globe. Organisations that are reliant on cloud providers for one or more critical system or service should prioritise preparation and planning activities to ensure future resilience.

Drones become both predator and prey

We have already witnessed numerous examples of drones being used maliciously to disrupt businesses, and this is only likely to increase over the short-term. But the threat is likely to increase as drones become smaller, more autonomous with increased range and equipped with cameras for prolonged surveillance missions. Flying in close proximity to operating environments, they will also be used to conduct advanced, man-in-the-middle attacks, degrade mobile networks, or spoof and jam other signals.

Conversely, drones will become prey as they are targeted by attackers in order to disrupt dependent businesses. Drones will be knocked out of the sky and hijacked. Information collected by drones will be stolen or manipulated in real-time. Industries that leverage drones to become more efficient, such as construction, agriculture and border control, will see their drones targeted as attackers’ spoof and disrupt transmissions.

Technological breakthroughs in drone technologies, combined with developments in 5G, big data, the Internet of Things (IoT), and the relaxation of aviation regulations, will mean that drones will become increasingly important to operating models. Organisations will rely upon them for delivery, monitoring, imagery and law enforcement, while attackers will embrace drones as their new weapon of choice. The threat landscape will take to the skies.

If an organisation is reliant upon drones for critical operations, then diligent risk assessments need to be conducted, and controls must be implemented or upgraded to mitigate risk to the business. As drones take to the skies, organisations must become more vigilant and warier.

Information security professionals are facing increasingly complex threats — some new, others familiar but evolving. In the face of mounting global threats, organisations must make methodical and extensive commitments to ensure that practical plans are in place to adapt to major changes in the near future. Employees at all levels of the organisation will need to be involved, from board members to managers in non-technical roles.

The threats listed here could significantly impact businesses operating in cyberspace at break-neck speeds, particularly as the use of the internet and connected devices spreads. Many organisations will struggle to cope as the pace of change intensifies. These threats should stay on the radar of every organisation, both small and large, even if they seem distant.