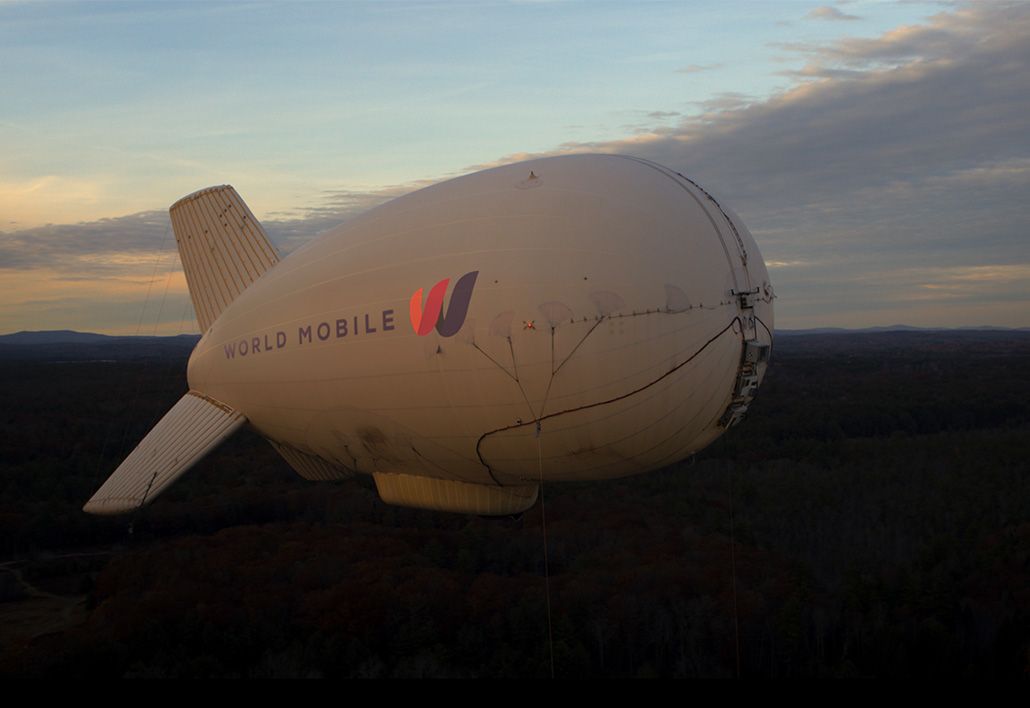 World Mobile is launching its unique hybrid mobile network supported by low altitude platform balloons in Zanzibar, as it plans to roll-out its innovative service providing reliable mobile internet to more people at lower cost throughout the African continent...

World Mobile is launching its unique hybrid mobile network supported by low altitude platform balloons in Zanzibar, as it plans to roll-out its innovative service providing reliable mobile internet to more people at lower cost throughout the African continent.

World Mobile’s balloons will be the first to officially launch in Africa for commercial use, providing a more cost-effective way to provide digital connection to people compared to rolling out legacy internet infrastructure. The remotely controlled aerostat balloons are powered by solar panels, inflated by helium and tethered to the ground. Once airborne, they act as floating cellular base stations transmitting radio signals to ground stations and personal devices.

The project – the first since a successful $40 million raise – will deliver coverage and access to the digital economy for over 1m million people in Zanzibar by end of 2023.

It is the first step in World Mobile’s mission to help bring nearly four billion people online before 2030 in line with the UN and World Bank’s SDGs.

Data from the United Nations* shows almost half the world’s population, 3.7 billion people, the majority of them women, and most in developing countries, are still offline.

Beyond Zanzibar, World Mobile is in discussions with government officials in Tanzania and Kenya, as well as other territories underserviced by traditional mobile operators.

It plans to have 20 mesh sites – local Wi-Fi nodes – rolled out by January 2022 and 120 sites during the first six months of 2022 including the first aerostat balloon launch.

The roll out will cover approximately 75% of Unguja Island and provide access to the wider digital economy including communications, e-commerce, finance, healthcare, and education to the islands’ 896K people.

Micky Watkins, CEO of World Mobile said: “We want to help create a world where everyone can access affordable connectivity, a world where economic freedom is a truth and a world where people are able to jump on the opportunities that internet creates. Zanzibar will become the world’s first smart region powered by World Mobile, connecting businesses, schools and society as a whole.”

“Mobile internet services are becoming quite popular in Zanzibar, like everywhere else around the globe. These services bring online access to information and communication to the masses through their mobile phones, helping bridge the existing rural and urban digital gap. More crucially, however, these services are singularly responsible for promoting financial inclusion by allowing the banked and underbanked in Zanzibar to participate fully in the emerging digital economy. While these services have become indispensable, the high price of communication is a major entry barrier for the poor majority. World Mobile’s service launch of affordable internet service in Zanzibar will be a game changer allowing the vast majority of Zanzibaris to fully participate in the digital revolution.” added Said Seif Said, Director General of Zanzibar’s E-Government Agency.

World Mobile already has agreements in place with the Zanzibarian government to provide connectivity for 300 schools, and a four-step plan is in place to unlock Zanzibar’s Blue Economy, across marine industries.

The World Mobile approach is more sustainable, in environmental, social and governance terms. Environmental impacts are mitigated using solar-powered nodes, second-life batteries, and energy-efficient technology. World Mobile creates a positive societal impact through the application its circular economy model – a “sharing economy” where locals share in the ownership and rewards of the network. Governance is maintained by the secure underlying blockchain technology, which means that user data privacy is guaranteed and not commercially applied as it is by other mobile operators.