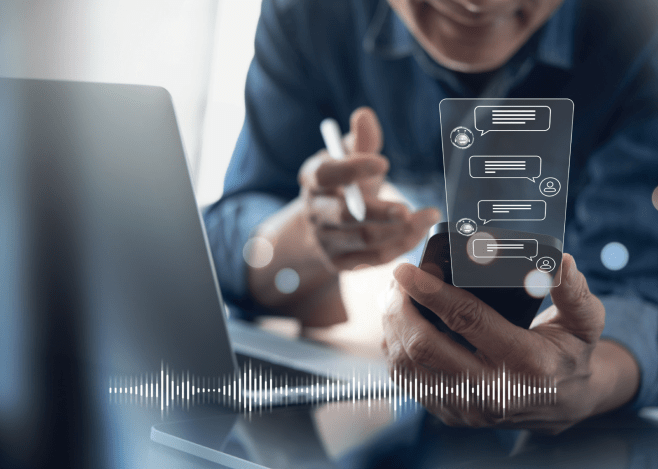 First and foremost, do you job!

In his latest research Yeming Gong of emlyon business school reveals that competent virtual assistants are more likely to be used than those that are friendly Alexa and Siri, Amazon and Apple’s digital voice assistants, are a tool that the majority of people have used at...

Alexa and Siri, Amazon and Apple’s digital voice assistants, are a tool that the majority of people have used at some point, whether it’s to set reminders, play

music or quickly use a search engine through voice recognition. But they are much more than a convenient tool – they are very real applications of artificial intelligence that is increasingly integral to our daily life.

They both rely on natural language generation and processing, and machine-learning and forms of artificial intelligence in order to perform better over time. They have been designed for us to get answers to questions, check the weather, confirm flights, perform searches, answer questions, complete actions, send a message and much more – essentially becoming essential virtual assistants.

As they are tools that are used regularly, I decided to investigate the impact of artificial autonomy, such as collecting voices, vision, and location, on human-like perception with AI artifacts. My research revealed that people are more likely to use virtual assistants if they are competent rather than warm, or friendly. Drawing on the Mind Perception theory to analyse users’ perception, I conducted a content analysis on over 650 user comments on Xiaomi Classmate, one of the most popular intelligent personal assistants (IPAs) in China. This revealed that the perception of both competence and warmth in virtual assistance were enhanced by artificial autonomy, and this had a positive effect on consumer usage – implying that users consider products such as Amazon Alexa as a personal assistant rather than a fun toy.

However, I also found that virtual assistants with a high level of competence were more likely to be used continuously, rather than those that attached more importance on warmth. This is because people that use these tools genuinely use them to support them in everyday life, whether that’s in their job, or just around the house. And they are aware that it is essentially a computer completing the tasks for them. For this reason, warmth isn’t as important as competence because they’re not expecting it to be warm and kind like a human, they just want it to do the job it has been given.

Surprisingly, individual characteristics of the user, such as age, gender, or educational level, did not contribute to enhanced usage of virtual assistance – only the human-like features of the virtual assistant, such as competence, did. This comes as a surprise as technology is often considered to be used more widely and regularly by the younger generation, but in this instance, age is not a factor that companies who create virtual assistants need to take into account.

Based on my research, companies operating in the IPA field should attach more importance to the critical role that human-likeness plays in customer’s usage intention, and artificial autonomy is likely to improve this. This is because it not only enhances the competence of IPAs to deliver great convenience by allowing users to perform tasks hands-free, but artificial autonomy can also impart the same feeling of warmth experienced in natural interactions – and that can only be a good thing.

Yeming Gong is institute head of AIM (Artificial Intelligence in Management) Institute and the director of the Business Intelligence Center (BIC) at emlyon business school, France.