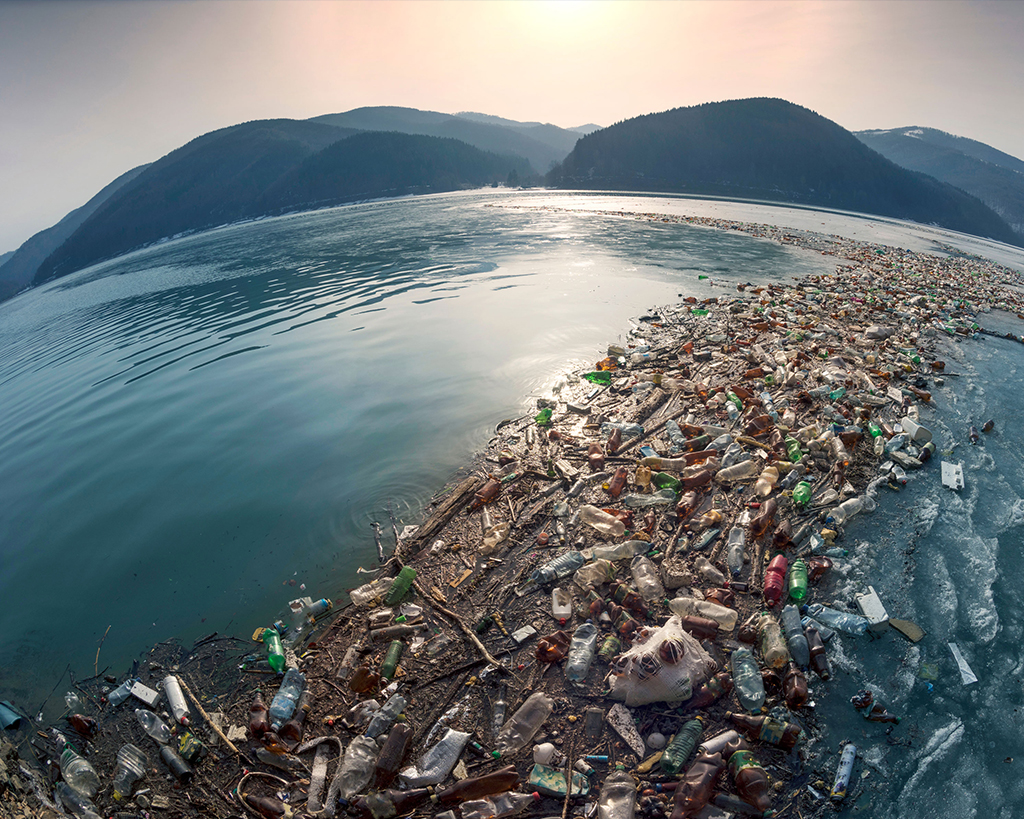 Europe’s war on plastic is threatened by the Economic meltdown

Giving a new life to plastic trash gets Carlos Bento out of bed every morning. But the coronavirus pandemic has seen revenues drop up to 40% at Micronipol, the large recycling facility he runs in central Portugal, and it faces an uncertain future. ...

Micronipol produces recycled polyethylene, the base for plastic bags and bottles. The product is piling up at its warehouses as clients, facing their own economic struggles, shelve their recycling goals. They are opting for cheaper alternatives: non-recycled plastics made from hydrocarbons.

As lockdowns were put in place worldwide, a drop in demand for oil pushed prices to historic lows, making virgin plastics – already becoming cheaper than the recycled equivalent – even more affordable.

“If we are no longer competitive and if we lose cash we have two options: either someone has to subsidise us so we can keep working or we have to shut down,” said Bento, as he stood near a pile of colourful recycled plastic bales.

Lower virgin plastic prices could spell disaster for the future of European recyclers like Micronipol.

In Europe, virgin polyethylene terephthalate (PET) was over 7%, or 60 euros ($71) per tonne, cheaper than the recycled equivalent last month, data from S&P Global Platts showed.

Industry group Plastic Recyclers Europe said firms in most European Union member states have signalled their recycling facilities have drastically reduced their operations and, in many cases, closed their lines for at least a few months.

“Without well-functioning and profitable plastics recycling there is no alternative, no environmentally sound option for plastic waste management,” said Antonino Furfari, the group’s managing director. “This waste will be incinerated or dumped.”

Piotr Barczak, senior policy officer for waste at the European Environment Bureau, called for a tax to be slapped on all virgin plastics to eliminate the price gap.

The impact of the pandemic on recyclers is especially concerning at a time when consumption of plastics is expected to double to 600 million tonnes per year in the coming two decades, according to a report by Zero Waste Europe NGO.

And as countries struggle to cope with the economic impact of the health crisis, fears abound that environmental policies are being left behind.

EU Environment Commissioner Virginijus Sinkevicius told Reuters in a written interview that while the Commission had received relatively few requests for extensions or exemptions from EU environmental rules due to the pandemic, the crisis had a “significant impact” on countries’ administrative capacities.

The EU is to ban a range of single-use plastic items by 2021, a huge ambition which could now be under threat as more and more consumers and restaurants become more dependent on disposable plastic products due to contagion fears.

Not far from Portugal’s capital Lisbon, recycling sorting facility Amarsul has raised concerns about the vast amounts of plastic gloves and masks it has been receiving.

“If the ongoing habit of using disposables continues, we may take a step back we will have to fix later,” said chief executive Sandra Silva, adding that a recycling-based economic model “cannot stop because there is a pandemic.”

Europe generates around 26 million tonnes of plastic waste annually, but less than 30% of that is collected for recycling. Experts say existing targets to improve plastic recycling could be in danger of not being met.

Sandra Castro, head of Extruplas firm that makes wooden-like outdoor furniture from plastics it recycles, is hoping the current situation is no more than a temporary bump in the road.

“We need the industry to be able to provide a solution to the waste we produce,” Castro said.

But for Sirpa Pietikainen, Finnish member of the European Parliament, the only way to tackle plastic pollution, which some scientists say is fuelling climate change through greenhouse gas emissions, is to produce less waste.

“If you thought the coronavirus crisis was bad for the economy, climate change will be 100 times worse – and then you will not only talk about losing GDP points, you will talk about access to medication, water and food,” she said.

“We really need to act now.”