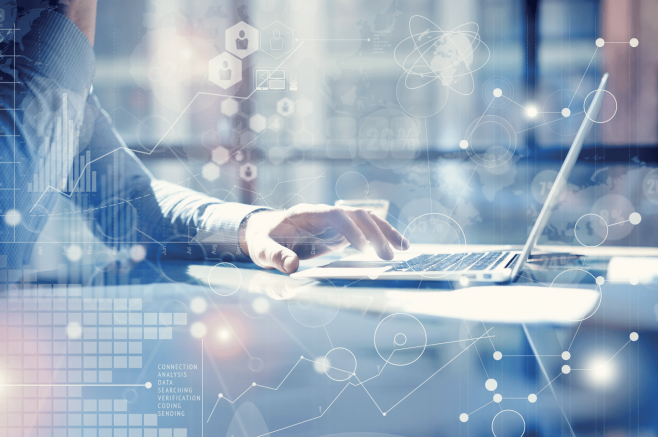 If the robo-boss of the future is indeed bearing down us, then the ethical and moral implications need close scrutiny, says Barbara Stöttinger of the WU Executive Academy Artificial intelligence, business automation, the internet of things, and a combination of these technologies are changing our business...

If the robo-boss of the future is indeed bearing down us, then the ethical and moral implications need close scrutiny, says Barbara Stöttinger of the WU Executive Academy

Artificial intelligence, business automation, the internet of things, and a combination of these technologies are changing our business world in an unprecedented way. However, what does this mean for executive positions and what are the ethical and moral implications of this development?

The prospect is as intriguing as it is daunting: Jack Ma, the boss of Alibaba, the largest Chinese e-commerce company, reckons that there will be robo-executives and even robo-CEOs in the not too distant future. His argument is simple: robots are by far more objective and less sensitive than humans.

But is this really the case? Advocates of his argument emphasise that robo-CEOs would no longer have any biases and would have a much more holistic view of a situation because of all the data and information they have at their disposal – which they would also be able to process in a very short time.

In view of this situation and in order to counteract the daunting prospect of robobosses, executives will need to focus even more on showing empathy and supporting their teams. The thought that machines might take over their jobs causes a feeling of unease among employees. Executives should address this issue in a proactive and understanding manner. On the one hand, AI technologies – such as autonomous cars – have yet to gain people’s trust; on the other, it is important to understand the concerns of employees regarding the question of what role they will play in the workplace.

What the robo-boss will never be capable of

While monotonous tasks will increasingly be performed by machines, there is hardly a substitute for creativity and social behaviour. New job profiles will emerge. As machines take the place of human employees when it comes to carrying out routine tasks, the structures of businesses will change – in future, the demand for qualified professionals will increase, and so will their expectations in terms of pay. Hence, the following is clear: the better their qualifications, the more likely human employees are to keep their jobs. And when new jobs are created, these will, first and foremost, be executive jobs. Indeed, according to a survey carried out by the consulting company Capgemini, two in three new positions will involve executive responsibilities.

What is also clear is that executives are increasingly expected to be knowledgeable about, and have a greater feel for new technologies. Given the omnipresence of digitalisation, it is not enough today to simply let the IT department deal with information technology. As far as artificial intelligence is concerned, businesses should neither be overly excited about it, nor should they reject the technology. Rather, they need to strike an appropriate balance. They need to ask: what really makes sense for the business in question? What new business models are made possible by AI and automation? Executives are expected, more than has previously been the case, to send out clear messages – this, too, requires them to constantly keep learning, just as their organisations as a whole have to learn at all times.

On the one hand, executives need to build trust and support employees in navigating the transition processes; on the other, they must give highly qualified professionals the room for manoeuvre they need in order to be able to both come up with ideas and take things forward.

Artificial intelligence makes it possible for businesses to become more efficient and move into new fields. However, there needs to be a comprehensive strategy when it comes to integrating AI into the day-to-day work of employees and gaining a clear understanding of the benefits this will bring. Ethical concerns regarding intelligent machines and roboworkers have to be addressed not only by businesses but also – and indeed in particular – by governments and societies. The range of relevant topics includes fundamental issues, such as the future of the world of work in general, as well as questions concerning the scope of AI and automation applications and the chances and opportunities that this will open up for humans. This is a delicate balancing act that executives will have to accomplish as a matter of course.

The answer to this huge challenge could be a quintessentially European philosophical approach that, despite all the technological achievements, always puts people first and keeps an eye on the weakest in our society: Digital Humanism. Europe must position itself in the middle ground, between the winner takes all capitalist mentality and authoritarian approaches to technology and growth.

The focus must be on the individual, with technology there to drive innovation and make life even better for all of us. It is the moral values that we have collectively defined for Europe that should serve as a compass for the use of new technologies.

If the great vision of the foundation of the European Economic Community over 60 years ago was lasting peace in Europe, it could be Digital Humanism for the decades to come. A vision shared by leaders, businesses and policymakers alike, for a livable future for us and our children, where new technologies serve people – and not vice versa.

Barbara Stöttinger is the Dean of the WU Executive Academy and Associate Professor of International Marketing Management. She previously worked at a global consumer electronics manufacturer and as a consultant and has since received numerous teaching awards for her lectures in Europe, Asia, and North America.