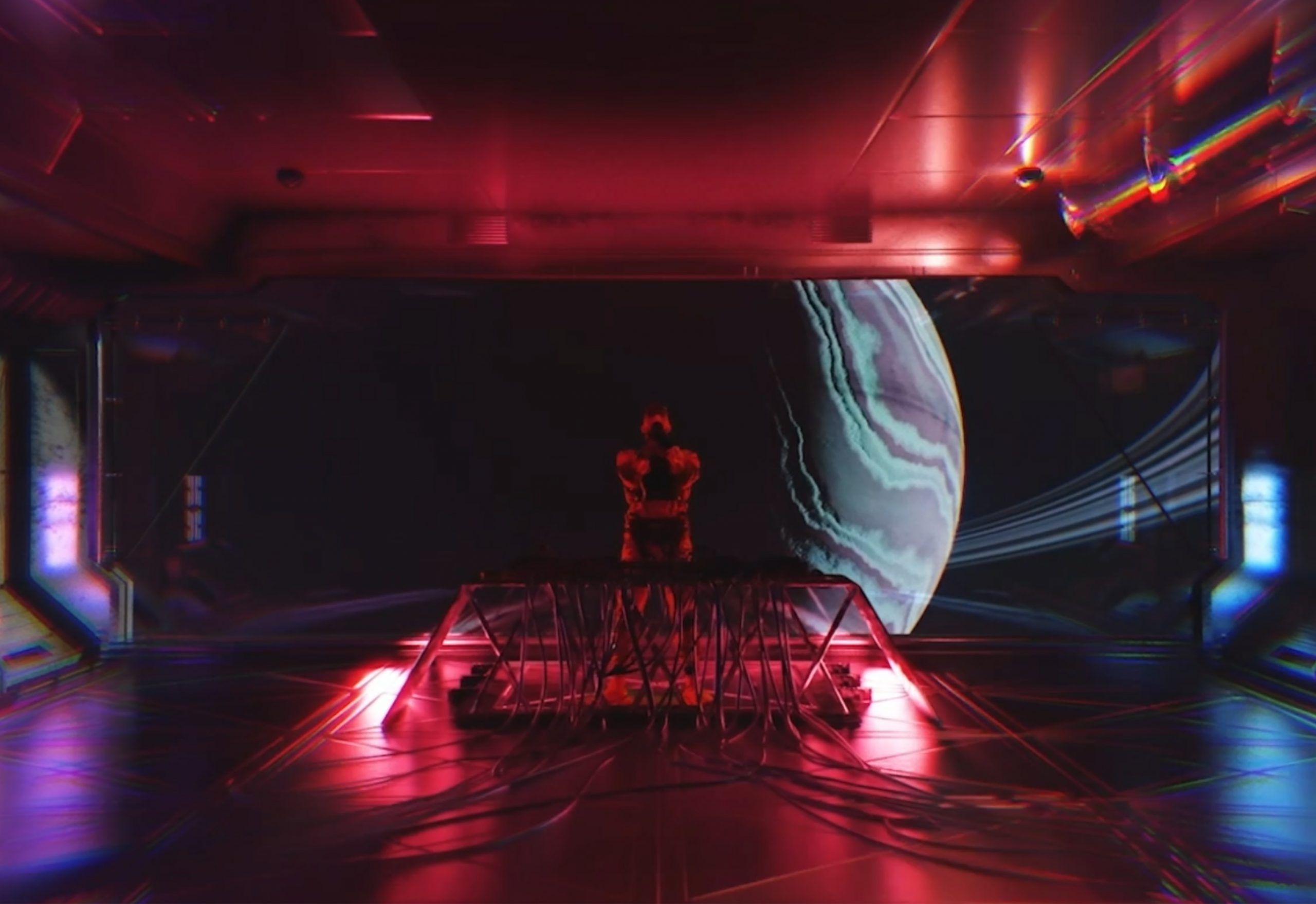 The follow up to his sensational Genesis NFT, ‘Destination Hexagonia’ was auctioned on esteemed digital art platform SuperRare. Sold within a record four minutes for 600Ξ ($1.2 million USD), the NFT is the highest sold piece on SuperRare.

Renowned for his futuristic aesthetic and equally avant-garde vision, Don made an explosive entrance into the crypto-art scene with the release of his GΞNΞSIS NFT last month. Forming a hybrid between the physical and digital art world unlike anything that has been seen before, the Dutch artist’s musical holographic crypto-art piece sold for 110 Ξ (200,000 USD) – one of the highest debut prices for a one of one NFT art piece debut.

Driven by this constant desire to push creative boundaries, Don’s sophomore piece is sure to disrupt the digital art sphere once again. Over a year in the making, the stunning feature length concert has been a labour of love for Don. A self-proclaimed huge sci-fi enthusiast, for his next venture, Don wanted to combine his passion for filmography and films such as Star Wars and 2001: A Space Odyssey with his successful career as a musician. A testament to his commitment to nurturing new talent through all of his platforms, Don selected up-and-coming videographer Paul Snijder to work alongside him to bring the phenomenal project to life.

Not one to be content with simply releasing the world’s first NFT concert, true to form, Don has taken his concept to the next level, crafting a stunning sci-fi animated live piece, that effortlessly fuses his role as a filmmaker, artist and world-renowned DJ. The winning bidder of the 1 of 1 piece has become the sole owner of a one-hour exclusive NFT experience, and a piece of crypto-art history. As with his Genesis NFT, Don also added a nostalgic element to his futuristic piece. Bringing a physical touch to the virtual once again, the ‘Destination Hexagonia’ NFT will come in a unique hand-crafted box, which includes a hard drive that contains the only copy of the high quality file of the film, making it a true collectible.

Speaking about the drop Don said, “My GΞNΞSIS drop went beyond all my expectations, and that really inspired me. I immediately felt such a warm welcome into the NFT community, and with that feel a responsibility to continue to push things further into the future and keep disrupting status quo. At this point we almost feel like this particular piece has become priceless because we worked on it for almost a year and put an incredible amount of love and effort into it. What’s next? I’ve got some incredibly exciting collaborations lined up and I can not wait to share it with the world very soon, this is just the beginning.”

Promising to give back to the NFT community, a large portion of the profits from the sale of ‘Destination Hexagonia’ will go to the HEXAGON Foundation, which Don has created in order to help artists in the NFT space. The foundation will enable artists to apply for support with everything that helps them to create, share and sell their art.

Forever pushing the boundaries, Don’s latest drop is a visual reminder of his desire to transform the cultural space he inhibits. The hour-long movie is a radical departure from the short form pieces that have dominated the NFT world up until now. “Hopefully this will inspire others to push harder and to think bigger”.