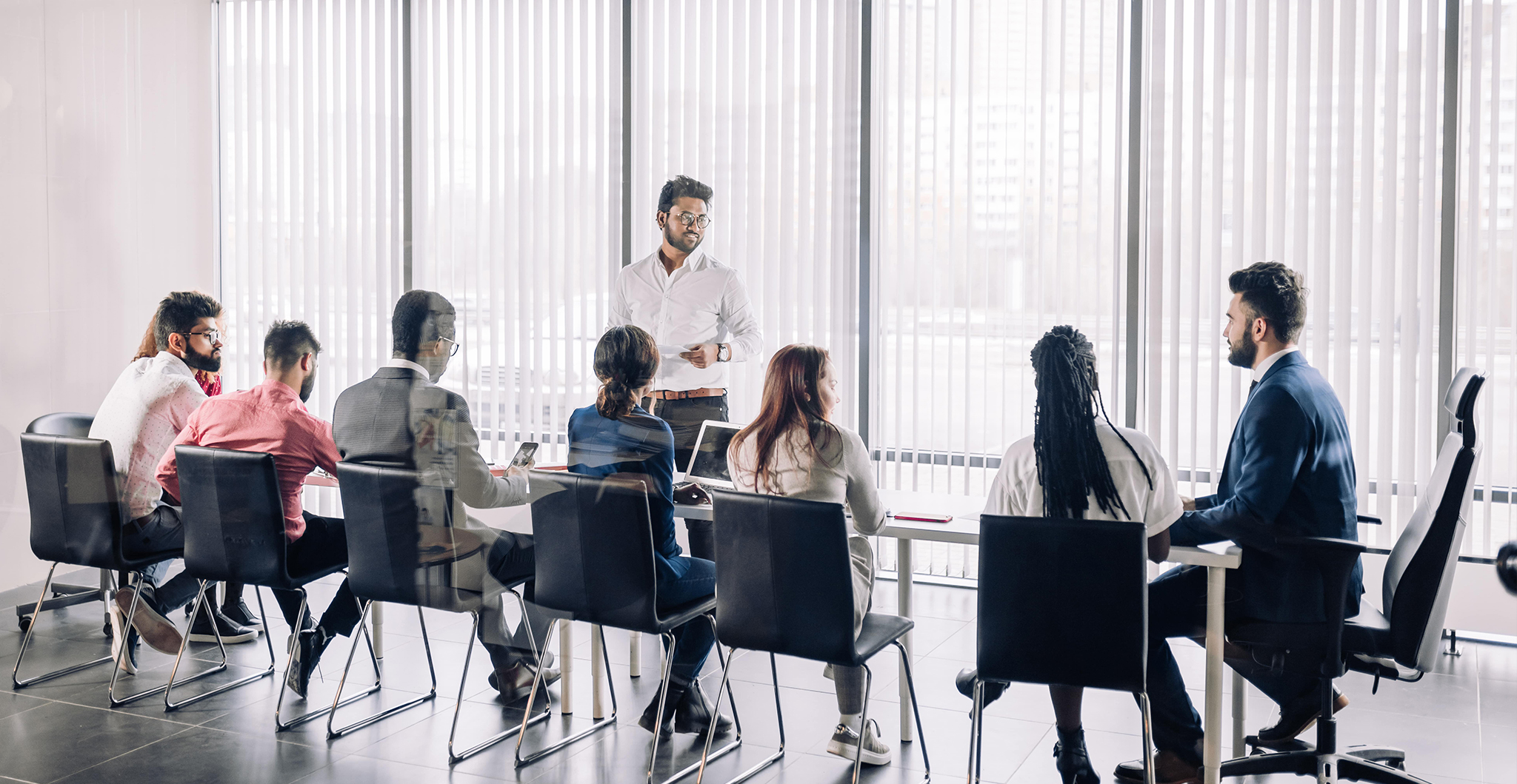 Operating across three centuries of history

Periods of uncertainty can be deeply disconcerting. Both personally and professionally, it can seem as though we’re living through entirely unprecedented times – and the world may never return to how it was. Particularly when, for a generation of non-wartime participants, social norms have swung...

Periods of uncertainty can be deeply disconcerting. Both personally and professionally, it can seem as though we’re living through entirely unprecedented times – and the world may never return to how it was. Particularly when, for a generation of non-wartime participants, social norms have swung so significantly in recent months.

One of the advantages of looking over history is seeing that periods of crisis have come and gone before, that there are ways to cope, to survive and to occasionally thrive. To move forwards, sometimes it is most useful to look backwards. In the past two centuries, the globe has experienced two world wars, pandemics such as the Spanish influenza, political unrest like the abolitions of European monarchies, natural disasters, the Great Depression and more recent global recessions of 1975, 1982, 1991 and 2008, to name just a few.

Looking back at key moments in history can offer valuable insight. But most important of all is the fact that people – and businesses – have overcome every crisis they’ve faced and gone on to achieve extraordinary things. This is undoubtedly a frightening period. But it is important to remember how much the world has changed in that time. The global population has risen from 1.2 billion in 1850 to nearly 8 billion today, with improvements across the board, from sanitation and healthcare to communication and technology. And by using data and taking advantage of the other tools of the fourth industrial revolution businesses can navigate trying and uncertain times.

In the modern world, we’re unused to diseases having such a significant impact on our day-to-day lives, but just over a century ago another pandemic shook the world. Between 1918 and 1920, the Spanish influenza is estimated to have killed somewhere between 17 and 100 million people.

The pandemic began in the final months of the First World War, and it is believed that the poor hygiene of busy medical camps and field hospitals contributed to its transmission. The disease’s impact was vast. Young adults suffered an unusually high mortality rate – and it’s even thought that the earlier infection of the Central Powers’ armies contributed to their eventual defeat.

Just like today, many businesses were forced to close, at least temporarily. The economic impact varied by industry; there’s evidence that the retail and hospitality sectors suffered, while healthcare (not unexpectedly) performed well. Authorities sought to control the infection rate with social distancing – and encouragingly, there’s some evidence these areas were associated with faster economic recovery following the outbreak.

There are clear parallels between Spanish influenza and Covid-19. However, until recently the outbreak has often been overlooked, possibly because so many deaths were reported alongside first world war casualties. But Spanish influenza is a reminder that the current situation isn’t unprecedented: people were able to come through it, even without the advanced science, technology and medicine at our disposal today.

The scale of national and international efforts to combat the current coronavirus outbreak have been likened to the Second World War, which involved 30 million people from 100 countries. Even away from the violence, the conflict had a significant impact on people’s lives, with the imposition of significant social restrictions; rationing, blackouts and evacuation came into force in many cities.

The business world was completely reshaped too. Key trade routes ceased or became fraught with danger; between 1940 and 1941, 779 ships in the British Merchant Navy were sunk. Employees were enlisted for the conflict or assigned to strategic industries, with the agricultural labour force increased by a fifth in the UK. Nations placed their entire economic power behind the war effort by taking control of key industries like steel and iron.

Ultimately, the scale and impact of the Second World War reshaped the world and triggered social change in many countries. In the UK, for example, the Beveridge Report on social conditions led to the creation of the welfare state, including the National Health Service.

For businesses, the disruption actually subsided into a period of intense growth. In the UK, unemployment fell to just 1.6% between 1950 and 1969. There was the chance to reform outdated industries, introducing mechanisation and making use of new technologies. After the devastation of the conflict, the reopening of global trade presented an opportunity to rebuild and start again.

The world has also experienced several periods of crisis with a significant economic dimension, including the early 1980s recession. Following the notable growth of the 1970s, factors including the rise of oil prices following the Iranian revolution and a sharp increase in interest rates in the US triggered a substantial economic recession. Most Western economies were impacted, in the worst downturn since the Great Depression.

There was of course a significant business impact, with financial institutions hit particularly hard – damaging their ability to support loans and savings. Unemployment reached 9% in the US and 12.5% in the UK, even triggering civil unrest such as rioting across Britain.

For businesses, navigating the changing economic landscape was extremely challenging. In the US, construction was particularly badly hit, losing 300,000 jobs over the period. In the UK, the rapid appreciation of the pound made exports less competitive, and manufacturing output fell by almost a third. But although the results of the recession were severe, they were relatively short-lived. Growth was re-established in most areas by the end of 1982 – and the business world recovered.

Every one of these crises underlined how connected we are as a planet. In the business world, as well as the political world, events in one area can have a devastating impact elsewhere – often in ways that might be unanticipated initially. But while uncertainty is inevitable in moments of crisis, information can help businesses to better protect themselves, their employees and their partners.

There are many advantages we have today that didn’t exist during crises like the Spanish influenza and the Second World War, from sanitation to medication and scientific insight. But arguably from an economic perspective the most beneficial economic advantage we have derives from the fourth industrial revolution.

Businesses now have unprecedented volumes of data at their disposal. We’ve gone from a global datasphere of two zettabytes in 2010 to an estimated 41 zettabytes in 2019. We have the tools to make use of that data, by combining volume, velocity, variety and veracity to create value. Ultimately, during periods of volatility, when the business landscape changes at speed, organisations can draw on that data to better monitor their situation and make more informed decisions.

Supply chains are currently undergoing severe disruption, but even in the current climate businesses can use data and analytics to better monitor and protect their positions. First, that means developing a risk-based assessment process for their supply chain by identifying and continuously monitoring a variety of risks that could impact productivity.

Next, it’s important that businesses maintain a complete view of their supply chain health by monitoring the full supply chain and the risks associated with both first- and second-tier suppliers.

Organisations can also use data to identify alternative suppliers in non-impacted regions of the world, in order to diversify the supply chain and reduce dependencies on any one supplier within a geographic region. All of this is critical for protecting the business, at a time when supply chains and national economies are more connected than ever before.

The move to digital in recent decades also sets the economy in far greater stead than ever before for continuing to communicate, collaborate and trade. Businesses can use data and predictive analytics to monitor the health of their customers and prospects; for example, there might be opportunities to offer support firms within your ecosystem with an extended license or trial service.

Digital tools like Customer Data Platforms can enable businesses to consolidate key prospect and customer data, such as attributes, behavioural insights and spend patterns. This unified information can then be accessed by other systems, to deliver coordinated, relevant messages across channels. Teams can send personalised communications to stay in contact with their partners. And importantly, if areas of the market have slowed, businesses can use data to identify alternative customers to help them to weather the storm.

It’s easy to feel that the current period of uncertainty is entirely unprecedented. But people have overcome periods of crisis before, while helping businesses to stay afloat by making smart decisions.

There’s no question that on a professional and deeply personal level, this situation is unsettling and even frightening. But right now, data is the most powerful tool available for businesses to navigate this period of volatility and make the best decisions possible.